Revelation 11 The third temple and the two witnesses - Sermon Wilfred 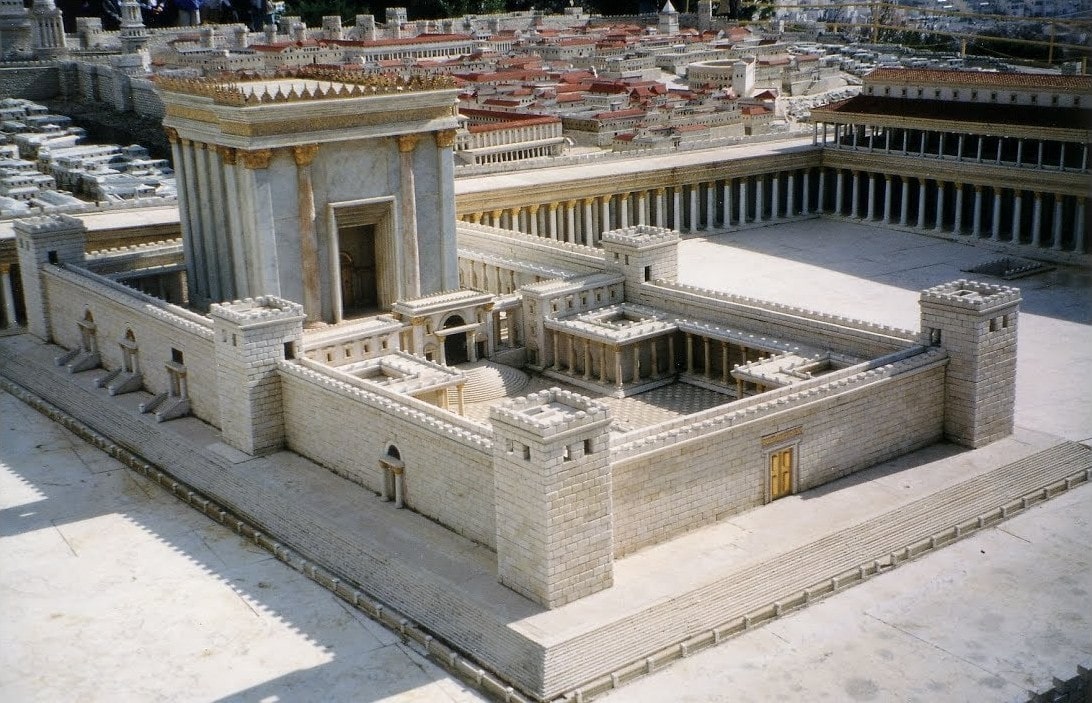 This is a very fascinating chapter with a rich information about how the Great Tribulation will start. Chapter 9 left us at the end of the Great Tribulation, but here we receive more information of how it will start. You can find much information about "Where is the Arc of the Covenant" and "The Third Temple" on the Internet. We are entering the period that the third temple will be rebuilt, soon after the Rapture of the church. All preparation are nowadays in progress. 1 Kings 14:25-26 tells:

It is said that Jeremiah hide the arc of the covenant. 2 Maccabees 2:4-8 When Jeremiah arrived there, he found a chamber in a cave in which he put the tent, the ark, and the altar of incense; then he sealed the entrance. Some of those who followed him came up intending to mark the path, but they could not find it. When Jeremiah heard of this, he reproved them: “The place is to remain unknown until God gathers his people together again and shows them mercy. Then the Lord will disclose these things, and the glory of the Lord and the cloud will be seen, just as they appeared in the time of Moses and of Solomon when he prayed that the place might be greatly sanctified.”
We do not know where on earth the arc of the covenant is hidden, but it will be revealed soon in the Great Tribulation 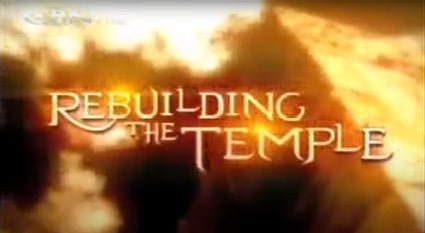 The Third Temple Will Be Rebuilt!

Is the Ark of the Covenant Still Hidden in Jerusalem?

Is the Arc of the Covenant hidden in the Jerusalem Western Wall tunnel (3:29 min.)

In Israel the red heifer is cultivate again, which is the required sacrifice in Numbers 19:1–2;

The Lord said to Moses and Aaron: This is the statute of the law which the LORD has commanded: Tell the people of Israel to bring you a red heifer without defect, in which there is no blemish, and upon which a yoke has never come. 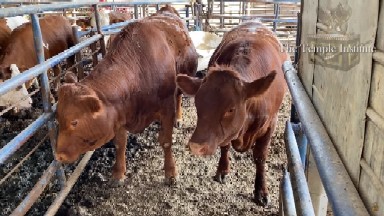 Verse 1 starts that John is given a rod to measure the temple, the exact measurements are given in Ezekiel 40. Yes, the designs used by the Jews today are coming from Ezekiel 40. So yes, these prophesies are fulfilling, the third temple which will be build in the Great Tribulation. In Israel also the priests are in training.

Verse 2 "but do not measure the court outside the temple, leave that out, for it is given over to the nations". Well despite the Muslims claim that they build the Dome Rock on the place where the first temple was, recently the Jews found the exact location and it is NOT. Revelation is correct, the Dome Rock is build in the court outside the temple. Thus there would not be ANY PROBLEM to build the third temple are the exact location and to REMOVE the Dome Rock, because it is in the foreyard. It is this court which is given over to the nations. 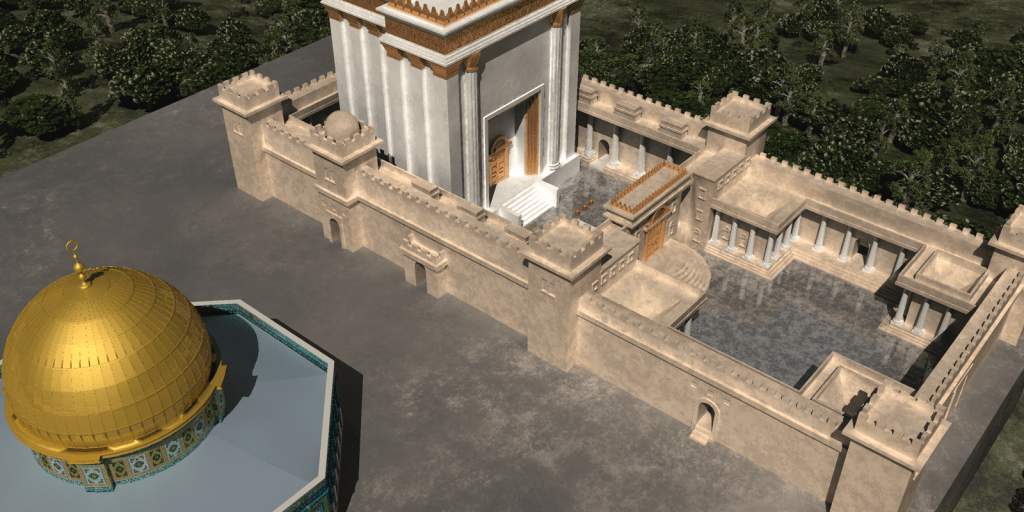 Daniel 9:27 tells us that he (satan, the Beast) shall make a strong covenant for one week (= 7 years), but for half of the week (after 3 1/2 years) he shall cause the sacrifice and offering to cease. Meaning the forty-two months (3 1/2 years, 1260 days) the nations will trample over the holy city (Jerusalem). Then the two witnesses will prophesy for one thousand two hundred and sixty days, clothed in sackcloth. The usual garb of prophets were sackcloth (2 Kings 1:8, Isaiah 20:2).

Who are these two witnesses?

There is the assumption of Enoch, although he had not seen death, because God had taken him (Hebrews 11:5), he was taken because of his just life.
The two witnesses are Moses and Elijah. Both sinful but had not seen death. Moses was buried by God (Deut. 34:5-6) and the angel Michael, contending with the devil, disputed about the body of Moses (Jude verse 9). Elijah went up by a whirlwind into heaven by a chariot of fire and horses of fire (2 Kings 2:11).
Moses and Elijah appeared on the Mount of Transfiguration talking with Jesus (Mat. 17:3).
Moses demonstrated the power of God through the ten plagues and change the water of the river into blood.
Elijah prevented dew nor rain (1 Kings 17:1) and let fire came from heaven to consume the disrespectful men (2 Kings 1:10-12).
No body is able to harm them, because then fire comes from their mouth and consumed. Unlikely to believe, why the Pharaoh of Egypt did not wish to believe the plague Moses announced, it took the death of his firstborn to break his stubbornness. Yes, we can be certain that fire from their mouth will kill their foes. The worse besides the plagues describe here is that they are capable to smite the earth with any kind of plague they wish.
They will proclaim the Kingdom of God, to repent of sin, they show the power of God, proving that God has all power on earth and that God exists.

After these 3 1/2 years the beast ascends from the bottomless pit and kills them. Every body on earth is rejoicing. Their dead bodies in the great city (Jerusalem where Jesus was crucified) are on display for the WHOLE earth. Now we know that through Television, Internet, YouTube, FaceBook and other social media it is possible to see around the world.
The world is rejoicing, after 3 1/2 years liberated from these severe plagues. During 3 1/2 days God allows them to feast, exchange presents and be happy.
But then comes the shock. God raise them from the death and the whole world is seeing it. Jesus resurrection was only seen by a few thousand people and His Ascension to Heaven by a few. Here the resurrection is seen, due to television and social media, by all people and eart and how God takes them up into heaven.

Verse 13 God shows His power again, a great earthquake occurred and a tenth of Jerusalem was destroyed. No surprise because Israel is seismically active, located along the Syrian-African fault line, which runs along the Israel-Jordan border, part of the Great Rift Valley running from eastern Lebanon to Mozambique. This were the first and second woe from the seventh trumpet.

Explanation of the seventh trumpet

In fact the the seventh angel blew his trumpet, but the woes involved are the seven bowls of chapter 16. The chapters 12 to 15 are an introduction explaining what will go on earth, before the plagues of the seven bowls will be poured out on earth.
Again the twenty-four elders worship God and with loud voices declare that the kingdom of the world has come. Just the last 42 months (13:5) or 3 1/2 years of the reign of the Antichrist remain and the plagues of the seven bowls. The Kingdom of Christ is approaching. Jesus is in control, but first people on earth get a last chance do decide before satan of before God. If rejecting God, they will experience the wrath of God.
Moses was instructed to build the tabernacle according to the model which he had seen in heaven (Hebrews 8:5-6).
Verse 19 is in accordance with the prophesy of Ezekiel 38:19-22, therefore we can be sure it will happen.