Sermon 6 Wilfred - When may I do baptism?

You have accepted Jesus Christ as your Savior, you have confessed your sins and you have left worldly life behind and you are fulfilling your royal priesthood. The Holy Spirit will probably lay it on your heart to be baptized.

So, what does adult baptism mean?

To understand adult baptism, we must look to John the Baptist in Matthew 3:5-8

These verses have a rich content which have to be explained. Firstly, I want to draw the attention to "UNDER CONFESSION OF SINS" that means that the person who is going to be baptized is fully aware of his or her sins. It precedes CONFESSION, a confession of guilt. A confession to God that you are a sinner. And note the word SINS in plural. It is not a general confession of sin in general, NO, confession of SINS, that is to call every sin by name. In my previous sermon, I mentioned that you must be freed from your past, from bondage with satan and demons, and change your life into a life to the glory and honor of God, your childhood of God worthy and royal priesthood.
Look at John the Baptist who NOT baptized everyone, he rejects the Pharisees and Sadducees, refuses to baptize them. With the accusation of "brood of vipers, who warned you to flee from the wrath to com?" Why? These spiritual leaders presented themselves in public with spiritual leadership, while their hearts were far from guilt to God. They were prone of their spiritual leadership, an open appearance. They imposed human commandments on the people that people could impossibly keep, asked more tithes about other things than God had commanded, and thus robbed the people of access to God. While they themselves did not keep those commandments, nor touch with a finger. The answer of John the Baptist: Do not think that you will escape God's wrath. The person who wants to be baptized must have a genuine recognition of sins.
Baptism must produce fruit that is the answer to conversion. That is, the fruits of the Holy Spirit in Galatians 5:22. If one continues to participate in worldly things or later returns to worldly life, then the believer denies being a Christian, being the child of God and producing NO FRUIT.

Let us look at 2 Samuel 24:18-25. King David, remember you are a king, had sinned against God. As a punishment, the death of 70,000 people followed and the destruction angel of God stood before Jerusalem to complete his mission. Due to the king's guilt, "innocent people" died. They were not completely innocent, because the people had become unfaithful to God. The believer who does not practice or support the gospel preaching is the king who does not live up to his or her calling. Because of his or her disobedience, "innocent people" die and go to the lake of fire. However, these "innocent people" are unfaithful to God, do not wish to know God.
The prophet Gad is instructed to go to the king and instruct him to build an altar on the threshing floor of Araunah and to bring burnt and peace offerings there. The king is obedient and goes out to buy the threshing floor. Araunah offers the threshing floor with cattle and their threshing sledges and yokes to the king free of charge. King David's answer in verse 24:

He refuses to make a sacrifice that costs him nothing. The sacrifice of Jesus is made, it takes nothing for the unbeliever to accept Jesus Christ as Savior. HOWEVER it costs a capital to accept Jesus Christ as LORD. The choice is up to the believer to accept Jesus Christ as LORD. That is a choice which needs to be made several times a day to choose for Jesus Christ and say NO to the temptations and sins.
Verse 22 says see the cattle there and the threshing sledges and yokes of the cattle serve as firewood. The yoke of the cattle is the yoke of the believers, the daily sins and the temptations in the life of the believer, who must be burned like firewood and banished from the life of the believer. Testimony of the believer is a high price. Consider the persecuted Christians who are tortured in prison for their beliefs or are killed. But it costs the believer a fortune to testify against all lawlessness in this world, to protest against laws of governments that go against God's commandments, to testify in word and ACT in your daily life that you are a Christian.
THAT IS THE REPOSITION AFTER ADOPTING JESUS CHRIST AS SAVIOR AND LORD. THAT IS BEARNG FRUIT AFTER YOUR BAPTISM.

So who may be baptized?

Anyone who confesses to be a sinner and is AWARE of his or her sins. Therefore it is NOT a child, a baby who is not aware of any guilt. From the age of six/seven years, children begin to develop an internal conscience. One is more aware of guilt than the other at various ages. My personal opinion is that from the age of 10 a child may be baptized on OWN REQUEST. I am definitely against baptism because the pastor, father or mother, or a family member so wishes, whether it is a child or an adult. My mother did not want to be baptized as an adult because she saw this as a denial of her child baptism. But her father was baptized as an adult at the age of 70. Personally, I consider baptism as something symbolic, not something that takes away your spiritual growth or access to Heaven. BUT if, for whatever reason, you resist knowingly adult baptism, it can hinder your spiritual growth.
Anyone who is aware of guilt and confesses sins may be baptized. But one HAS TO KNOW ABOUT SINS. Acts 8:34-38. Philip FIRST explains to the eunuch the gospel (that is Jesus there he uses the Old Testament book of Isaiah). And AFTER confession verse 37, baptism in a river followed.
Acts 10 describes the conversion of Cornelius and his family and friends, AFTER the conversion, baptism follows. Both relate to ADULTS people who are aware of their sins and the need to accept Jesus Christ as Savior. Notice Acts 10:48 They asked Peter to remain with them for some days, they wanted to deepen their faith, they wanted MORE education.

May you be re-baptized?

The re-baptizing is in some churches an hot issue. In some churches the re-baptizing is also denied evangelical churches. There are two types of re-baptism. One re-baptism refers to child baptism, which many do not consider baptism, for there was no knowledge and consciousness of sins, of good and evil. In evangelical circles one speaks of a dedication of the baby to God by the believing parent (father or mother) or believing parents (father and mother) with the promise to raise the child in the Christian faith.
The other re-baptizing is rejected by many, which I personally do not support. One is baptized as an "adult" or child, but more under "urge" or encouragement from pastor, parents, or family member. While there was actually no real sense of the consequence of what Christian life entails, a real personal sense of sin. At a later age, yes, that may be 40-70 years, one becomes aware of what Christian life is and what sin is, and one wishes to be re-baptized. The question arises: Can you be re-baptized?
Personally I have no problem with that, PROVIDED THAT this really happened sincerely and they REALLY came to confession and REPENTANCE of worldly life. Someone who adheres to communism or socialism or does not discriminate between men and women, does not recognize the creation of God from MAN and WOMAN, does not really believe in teaching as will be taught by Jesus and the apostles. I will not re-baptize such a person, the baptismal candidate must really show a conscious conversion of letting go of the world and the life that God the Father and the Lord Jesus Christ so desires.
Can you justify this? My basis is Acts 19:3-5. Paul asks: Into what then were you baptized? The answer is: Into John's baptism. Paul answers John baptized with the baptism of repentance, telling the people to believe in the one who was to come after him (John the Baptist), that is, JESUS. To me, someone baptized with the encouragement of pastor or family, without realization, is like a baptism of John. Paul BAPTIZED again (re-baptism), therefore I see nothing objectionable to re-baptize when there is REALLY CONSCIOUSNESS/SENSE of sins and repentance and this shows itself from the daily walk of life and confession.

How and where does baptism take place? 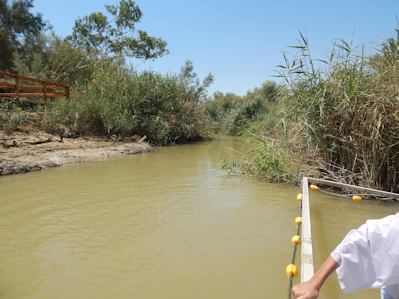 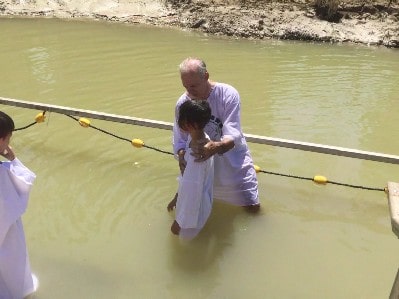 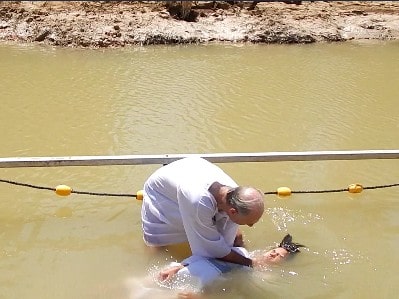 Well, from the foregoing it is clear, the baptism was in the river, in FLOWING water. It is washing away the sins through a FULL immersion of the WHOLE body so that no sin is left behind but symbolically every sin is washed away from the body and washed away by the streaming water. Realize that the Jordan was a wide river at the time of John and not the narrow river now due to the fact that the water from the Jordan is used for irrigation. Therefore, the adult is baptized under full immersion in STREAMING water.
Jesus says in Matthew 28:19

Baptism is a commission from Jesus Christ, but preconditions precede it. And after baptism follows the command to keep everything that Jesus Christ taught and ORDERED, which is better explained by His apostles in the New Testament.
Let us believers take this command to heart. If you are not yet baptized, consider how far you are in your spiritual life, and do not think lightly about baptism. I hope this preaching helps you.