What happens after death?

After death on earth, eternal life follows, the question is where for you?
You can doubt and deny that there is life after death. In other beliefs, there is believe in life after death, think of the Pharaohs buried in the pyramids. The belief in reincarnation. We find evidence that the Bible speaks the Truth in the existence of satan and demons. The Bible clearly describes satan and demons as the enemies of God who wish to destroy mankind and bring misery and disease to the earth. But there is also the wrath of God over the people who reject Him. The Israeli people did not wish to follow their God and worshiped other idols, even sacrificing their own sons and daughters, which is now happening in the church of satan. 2 Kings gives a clear picture of how the Israelites rejected their God and served other idols and the punishment God inflicted on His own people. The people did NOT want to listen despite all the prophets their God sent to them to repent. The result was conquest and labor for the conqueror, even to the deportation to a foreign country. Let that be a lesson to Christians.

After life on earth, eternal life follows, but where?

The Bible is very clear, there are only two possibilities, either a life with God or a life separate from God. The Bible is clear in many places, but it is also contradictory, in my view, regarding the definitive saving by Jesus. So I will give my PERSONAL OPINION about this to explain this contradiction.

What is a life with God? 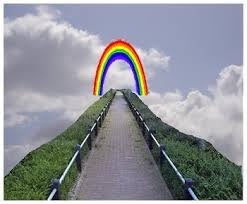 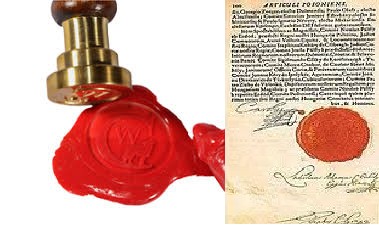 Notice the words "no one comes to the Father, but by me", may I translate it differently with "No one goes to Heaven (= the house of God the Father) but through faith in Jesus as personal Savior and Lord". When a person accepts Jesus Christ as his or her Savior, he or she IMMEDIATELY receives the Holy Spirit as a seal. In ancient times, a document was endorsed by a seal, which is (liquid) lacquer in which the seal was printed. So the Holy Spirit makes immediate indwelling in the born again person, thereby confirming that he or she belongs to God the Father and this cannot be undone? But Ephesians 4:30 says:

That means that the believer who leads his or her own life does not listen when the Holy Spirit draws attention to sin, the Holy Spirit is saddened and if the person persist in sins he or she will quench the Holy Spirit. So that is the believer who prefers living a self-I life, a denial of Christianity and not wanting to live according to the Will of God. It is the seed that falls along the road, between the thorns and on the rocks, see Matthew 13. This seed is LOST! That is a contradiction with the seal?
Well I am going to be on slippery ice and this is MY personal thought. Sealing with the Holy Spirit means that person will receive eternal life with God, but I do NOT think that means eternal life in HEAVEN. Matthew 24:40-41 clearly states that one is taken and the other is left behind. Matthew 25 informs about the division between the wise virgins (full of the Holy Spirit) and the foolish virgins (grieved and quenched the Holy Spirit). One is taken up at the first Coming of Jesus (the wise virgins) and goes to HEAVEN (into the wedding hall), the other is left (foolish virgins) and finds the wedding hall closed permanently and DO NOT go to Heaven, but remain in the Great Tribulation. If they DO NOT accept the mark 666 of the beast, they will live in the 1000-year Kingdom of Christ and on the NEW EARTH, but I think NOT IN HEAVEN. That is my personal interpretation of the sealing with the Holy Spirit.
Then I think there is another group, who receive eternal life in the 1000-year Kingdom of Christ and on the NEW EARTH, but I shall come back to that later. Now first

What is a life separate from God?

Definitely those who worship and follow satan and demons. Those who had the opportunity to become acquainted with Jesus Christ through a Bible, television preaching, the Internet, but NOT seeking God but preferred to live their own lives, who consciously deny the existence of God (while Christmas and Easter are clear indications for the existence of Jesus). These are the people who knew about the Christian faith and consciously did not want to take note of it, or sought Islam, Buddhism and other beliefs.
And now I am back on slippery ice and my personal thoughts, the group of people who had no way of hearing from Jesus, to them the separation of the sheep and the goats applies, Matthew 25:31-46 and Revelation 20 : 11-15. They are judged upon their works. The goats go to the lake of fire forever. The sheep, whose name is in the Book of Life, receive (my thoughts) eternal life on the New Earth. I think Matthew 25:31-46 and Revelation 20: 11-15 happen AFTER the 1,000-year Kingdom of Christ. Why? At the end of the 1000-year Kingdom of Christ, satan is released and a number will choose for satan and fight against Jesus Christ. In this battle, satan will lose again and then for ever be thrown into the lake of fire, including his followers.

What happens after death on earth?

From the above it is clear that there are several options. But I wish to explain more. The Jewish and Israeli people, but all of the Old Testament were called to believe in God and keep His laws. Abraham believed in God and it was counted to him as righteousness. So where do these people go after they die? In Luke 16:19-31, Jesus gives an explanation. Here is the separation based on works. The rich man thought only of himself and after his death he went to hell. Poor Lazarus came into the bosom of Abraham after his death in paradise.
Lucas 23:38-43. The one criminal crucified with Jesus does not repent. The other criminal ACKNOWLEDGES DEBT and REPENTANCE, ACKNOWLEDGES JESUS AS A KING (SAVIOR) and Jesus answers: Today you will be with Me in paradise. Clear that this criminal went to paradise.

Conclusion: after death on earth, one goes either to hell or to paradise

So here is an immediate separation between the sheep and the goats. They reside in hell until Matthew 25:31-46 and Revelation 20:11-15.
Until when do you stay in paradise? Here too are my personal thoughts. Why? Well, the New Testament is Salvation through faith in Jesus Christ as Savior and Lord. That is the core of the New Testament. That is the call of God. At the end of Revelation a little veil is lifted telling about the New Earth and the New Heaven, but that is UNIMPORTANT. Who will live on that New Earth is unimportant to know, the command NOW is to believe in Jesus Christ.
My thoughts are that all Old Testament believers will live on the New Earth. Remember Genesis 15:18-21. 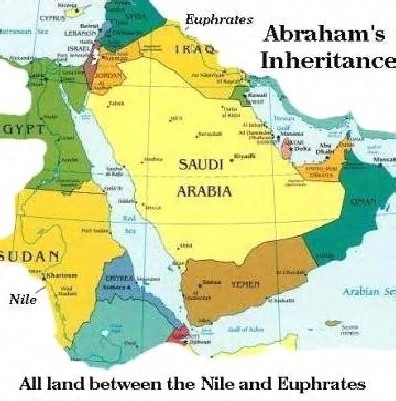 : The Euphrates begins in northeastern Turkey and flows through Syria to Iraq, where it joins the Tigris north of Basra.

That is the area of present-day Turkey and Iraq. It has to be, now the Jews are living in Israel, however, the 10 tribes of Israel also need a country, hence including Turkey and Iraq.
Look at the description Revelation 21 and 22. Apartment buildings of 1 kilometer in height (do you want to build in them? Sorry God). The new Jerusalem with the temple from which the river of water of life flows, on either side are trees of life, which give fruit for healing.
This means two things to me. First, the temple in which sacrifices are made for sin. So there are sinful people who have to bring sacrifices for their sins. I believe the sacrifice of Jesus on the Cross is ONLY valid for the believer who accepts Jesus Christ as Savior.
Second, since there is sin, there is disease. There is disease because the trees bear fruit for healing every month.
I personally think that the Old Testament believers remain IN PARADISE unto the New Earth.

What happens at the Rapture of the Church?

Completely different for the wise virgins, the Christians full of the Holy Spirit

"For the Lord himself will descend from heaven with a cry of command, with the archangel's call, and with the sound of the trumpet of God" that is the first Coming of Christ, or the Rapture of the Church in Matthew 24:40-41.
"And the dead in Christ will rise first", these are, according to me, the believers who reside in paradise (the Christian after his or her death goes to paradise, like the criminal who repented), but in my opinion only the Christian who lived under the control of the Holy Spirit. I think, the rest will remain in paradise until the Book of Life is opened. But everyone asks God about these matters.
"Then we who are alive, who are left" those who are taken in Matthew 24:40-41.
"Shall be caught up together with them in the clouds to meet the Lord in the air". The people on earth will NOT see this, it happens in an instant, so lightning fast, imperceptible. The Lord Jesus remains in the clouds and those who died in Christ and are taken to Heaven together with the living, we will always be with the Lord.

What happens during the Rapture of the Church?

"Flesh and blood cannot inherit the kingdom of God, nor does the perishable inherit the imperishable". Flesh and blood, that is sinful man. No sinful man can appear before God the Father in a sinful body. Sinful man is perishable, he or she dies because of sin. In the twinkling of an eye, the Rapture of the Church, those who died in Christ and the assumed living will receive a new incorruptible (that is, eternal) SINLESS body, similar to the resurrection body of Jesus Christ.

Hopefully it has become clear what are the possibilities after dying here on earth. Man has a completely free and conscious choice. Depending on his or her choice, one goes to the place which one chooses. The place does NOT depend on God, but completely depends on the choice that man makes. Be sensible and make the right choice.